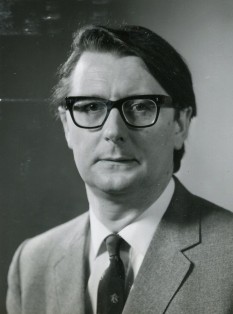 The College is very sad to announce that Derek Robinson passed away on 1 September at the age of 82. Derek was a Tutorial Fellow at Magdalen teaching Economics from 1969 – 1999, and then became an Emeritus Fellow. He was Vice-President in 1998.  Before coming to Magdalen he had a distinguished career in the Civil Service, and was also an influential government adviser and author on issues related to labour economics and industrial relations. He was awarded the CBE in 1979.

The funera‎l was held on ‎Monday, 15 September at‎ the Oxford Crematorium.‎ Obituaries of Derek Robinson have been published in The Times and the Guardian.