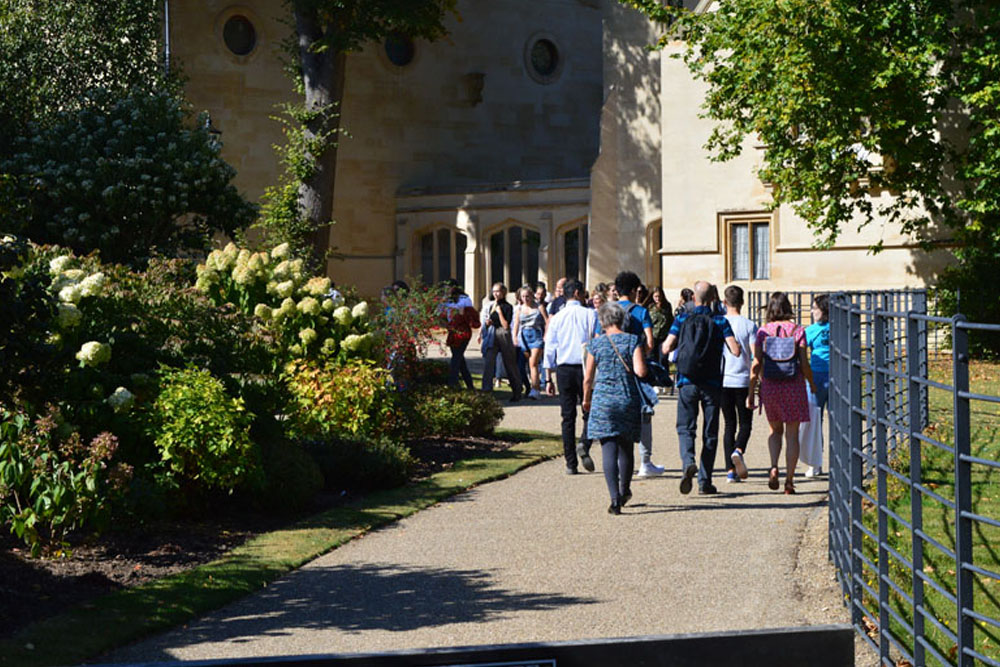 The University of Oxford has released its third Annual Admissions Statistical Report.

The data are broken down by Department and College using a three-year average which covers UK undergraduates who started their courses at Oxford in 2017, 2018, and 2019. From the figures published in the first report in 2018, which covered students who started in 2015, 2016, and 2017, it was clear that Magdalen College had a number of areas to work on in order to increase the diversity of its undergraduate population. The College made several changes, including hiring a second Outreach and Access Officer and assigning two Fellows to oversee all of Magdalen’s outreach and access work. The number and range of events run by the College, particularly events involving visits to the College by school pupils, has increased dramatically over the past two years. This year’s report is the first to include data from an admissions cycle which took place after the implementation of these changes, although it still includes data from the two admissions cycles immediately preceding them.

The data show that the diversity of Magdalen’s undergraduate student body has increased since the first report, and in most areas is broadly in line with that of the University as whole. Thus the initial signs are positive, although there is still much work to be done.

One area where there has been a marked increase is in the number of UK-domiciled BME students at Magdalen, who now make up 18.4% of UK-domiciled undergraduates admitted to the College (2017-19), compared with 13.4% for the period 2015-17. This is just under the University average of 19.4%, and on par with the general population aged 19-26 (of which 18.3% is BME), although the percentage of black students (1.7%) is still below the University average of 2.6% and the population as whole.

The percentage of UK-domiciled students from POLAR quintiles 1 and 2 (areas with low progression to higher education) increased from 8.9% to 10.7% (2017-19), which remains below the University average of 13.3% but within one standard deviation of the mean. The one measure which showed a very slight decrease was the percentage of students from ACORN quintiles 4 and 5 (areas of socio-economic disadvantage), which went from 9.6% to 9.0%, while the University’s increased from 9.1% to 11.4%. This is one of the areas in which the College will be redoubling its efforts in the years ahead.

The percentage of UK-domiciled female undergraduates admitted to the College has increased from 43.4% in 2015-17 to 48% in 2017-19. Although this is still below the University average of 51.9%, it is within one standard deviation of the mean and starting to approach the national average.

In June, the College released a news item with preliminary offer data from students who were interviewed in December 2019 and will start in October 2020. These data suggest that the first promising signals in the 2020 University report will be further improved for the next annual report across all categories.

The College recognises the dedicated work of its outreach and access team, and the enormous effort they have put into increasing the diversity of the student body, and it would like to thank the schools, teachers, and pupils who have engaged with us and have been receptive to our efforts.

The outreach and access team acknowledges the enthusiasm of fellows, students, and staff in the College who truly believe in expanding the diversity of the student body and have engaged wholeheartedly in this process.

Much of the work has only been possible through the generous support of alumni, who also believe passionately in a diverse student body. The College is also grateful for the support of other colleges, the University, and external organisations who have contributed to larger programmes that have been an important part of our overall outreach strategy.