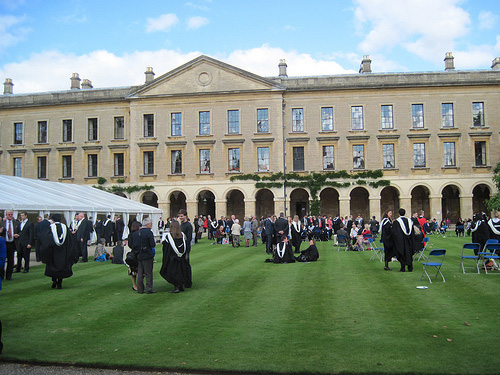 Magdalen students did outstandingly well in winning prizes for their results in the Oxford University examinations taken in 2013. Here is a list of the prize winners:

Mark A Heath (Modern Languages – French and Spanish) – Ramón Silva Memorial Prize (1 of 2) for the best performance in spoken Spanish by a candidate who is neither a native speaker nor bilingual.

Mary-Ellen Lynall (Graduate-entry Medicine) – Meakins McClaran Medal 2013 for the outstanding overall performance of a student graduating with the degrees of BM.BCh (Oxon).

Alicia A Lyons (BCL) – Rupert Cross Prize in Evidence for the Bachelor of Civil Law examinations.

Dylan C Townley (Human Sciences) – One of the three joint winners of the 2013 Wilma Crowther Prize for the best Human Sciences dissertation.

Henry C Watson (PPE) – Gibbs Prize (joint) for the best Politics written papers in the Honour Schools of Philosophy, Politics, and Economics and History and Politics 2013.