Home » About » News » The hypervelocity starman

Magdalen Fellow by Examination Dr Douglas Boubert is a star. At just 26 he is already one of the top scientists in his field in the world. Floreat Magdalena finds out how this stellar astrophysicist went stratospheric, one awkward question at a time.

In 2005, astronomers from the Harvard & Smithsonian Center for Astrophysics spotted something unusual in the night sky: among the 100 billion stars that make up our Milky Way, one star in the Northern Hemisphere was travelling extraordinarily fast – 1.6 million miles per hour to be precise, three times as fast as almost every other star in the galaxy. They didn’t know it at the time, but they had just discovered the first hypervelocity star.

However, the idea of hypervelocity stars was not a new one. They had been predicted back in 1988 by stellar dynamics theorist Jack Hills who had hypothesised that fast-moving stars could be created if a binary star – a star system made up of two stars – was torn apart by a black hole, sending one of the stars out of the Milky Way.

The astronomers didn’t have any reason to question this, and for more than a decade Jack Hills’ hypothesis remained the consensus on how hypervelocity stars were created. That is until Douglas came along and asked an awkward question.

“The question of where they were coming from was thought to have been solved,” he explains, “but I didn’t buy it. I thought: what if they are coming
from somewhere else?” The somewhere else, in this case, is the Large Magellanic Cloud, a satellite galaxy of the Milky Way.

“If they were created by the black hole at the centre of the galaxy we would expect to find them everywhere,” he explains, “but you only find the 20 that have been discovered in one part of the sky, and they line up with the Cloud.”

Douglas needed to find more hypervelocity stars to test the Cloud theory, so he headed to Chile, to the Southern Astrophysical Research and Magellan telescopes, to begin his search for a metaphorical needle in a haystack; or more accurately, a needle among 100 billion needles.

But as Douglas scoured the skies for stars the streets below him burned. “It wasn’t great timing,” he laughs. Douglas’s trip had coincided with the
Chile riots.

This was the second time Douglas had been at a centre of huge disruption in the last few months. The first time was late last year, when a paper he had co-authored sent shockwaves through the scientific community and caught the imagination of people around the world.

The paper outlined the details of a star discovered by the Anglo-Australian Telescope, and the European Space Agency’s Gaia satellite. What made this star so special was that it was travelling at over 3.7million miles per hour, more than twice as fast as a hypervelocity star. It was the fastest moving star in the Universe.

“The discovery was made as part of the S5 – the Southern Stellar Stream Spectroscopic Survey – a collaboration of astronomers from the US, the UK, and Australia,” Douglas explains.

“They were looking for streams of stars which come about when a dwarf galaxy comes too close to the Milky Way and gets ripped apart. As they were measuring the spectrum of these stars they found one very fast star… and they thought of me.” The hypervelocity star man? “Yes!” he laughs, “They asked me to join the team to identify it.”

The trajectory and speed of this particular star meant that the origin – in this case at least – was clear: it had been created by a black hole at the centre of the Milky Way some 5 million years ago.

Because of these certainties, Douglas was able to ask another awkward question: is the current understanding of the speed at which the sun orbits our galaxy correct?

“We could calculate the speed using the velocity of S5-HVS1,” he explains. “Because we know where S5-HVS1 is coming from, we can be sure of its velocity.” Did he concur with current understanding? This time, yes.

Gaia was launched in 2013 at a cost of 1 billion euros. Its purpose was to measure the positions, distances, and motions of billions of stars with unprecedented precision. The data it produces is more sophisticated than anything scientists have had access to before; thousands of papers have been written using it. Although nothing is ever gospel in science, Gaia comes close. But then Douglas asked another awkward question.

“When I looked at some of the data, I could see that something was wrong,” he explains “Could it be that Gaia wasn’t working properly?”

It turns out that Douglas was right.

A team at Leiden Observatory in the Netherlands had reported the discovery of a handful of hypervelocity stars in Gaia and had asked Douglas to take a look.

“I discarded most of them as being spurious because of the large uncertainties, but one of them stood out as having a large velocity,” he
explains. “I got eight follow-up velocity measurements over several months and found that the Gaia measurement was entirely wrong!

“I was able to diagnose that the Gaia spectrum of this star was being contaminated by a brighter star nearby; an issue which might have affected one hundred thousand stars in Gaia.” This discovery put Douglas in Nature Astronomy.

Douglas then began to wonder what else may have been missed – could there be other issues with Gaia?

“Gaia sees only two billion of the 100 billion stars in the Milky Way, but we don’t understand the biased way those stars are picked. This means that anything deduced from the Gaia data could be wrong,” he says. “We knew that bright stars could contaminate the measurements of nearby dimmer stars, we now needed to find out which other stars were being missed. What are the problems?”

Douglas discovered two. The first is the way Gaia maps the sky.

“Gaia looks in one direction and spins, capturing a strip of the sky,” he says. “But as it spins, it also tumbles. So rather than a complete picture of the sky, you get a grid; there are gaps we need to identify.”

The second problem is a more practical one.

“Gaia is the biggest camera in the world (a billion pixels), but the images it captures are too big to send to Earth. So, each image is chopped into ‘postage stamps’ around each star and sent to Earth, but only a million images at a time.

“So if Gaia is looking at a part of the sky with more stars than that, such as towards the Galactic centre or the Omega Centauri star cluster, then some of those images never make it to the ground; they are just deleted. We need to know which ones.

“The solution to discovering what is being missed is mathematical. We are trying to discover the completeness of the Gaia-verse!” he says with relish.

And that completeness is what Douglas is currently working on with Andrew Everall a PhD student from Cambridge, and former Oxford Physics student. This, alongside tutoring third-year Physics students in general relativity, and mapping both binary and hypervelocity stars.

“At the moment we know of a fraction of the hypervelocity stars that may have come from the Large Magellanic Cloud – I’ve predicted a stream of thousands more. There is so much more to be done!”

And as he describes in great detail the enormity of the tasks he has set himself, a light seems to appear behind his eyes – a star maybe – and we’re sure
he’ll do it, one awkward question at a time.

He is after all, the hypervelocity star man. 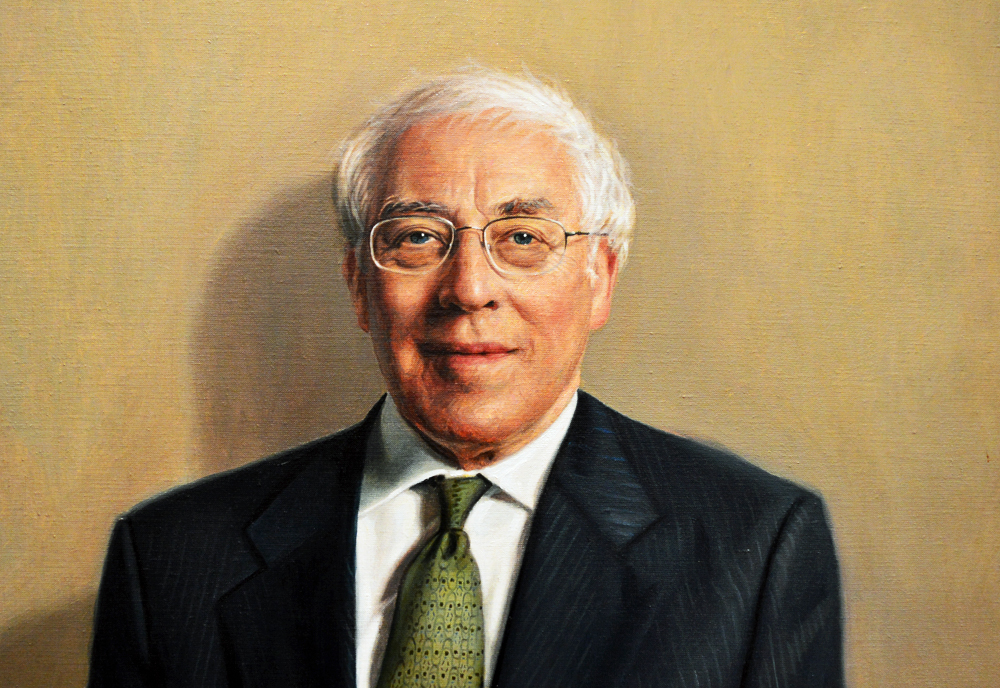 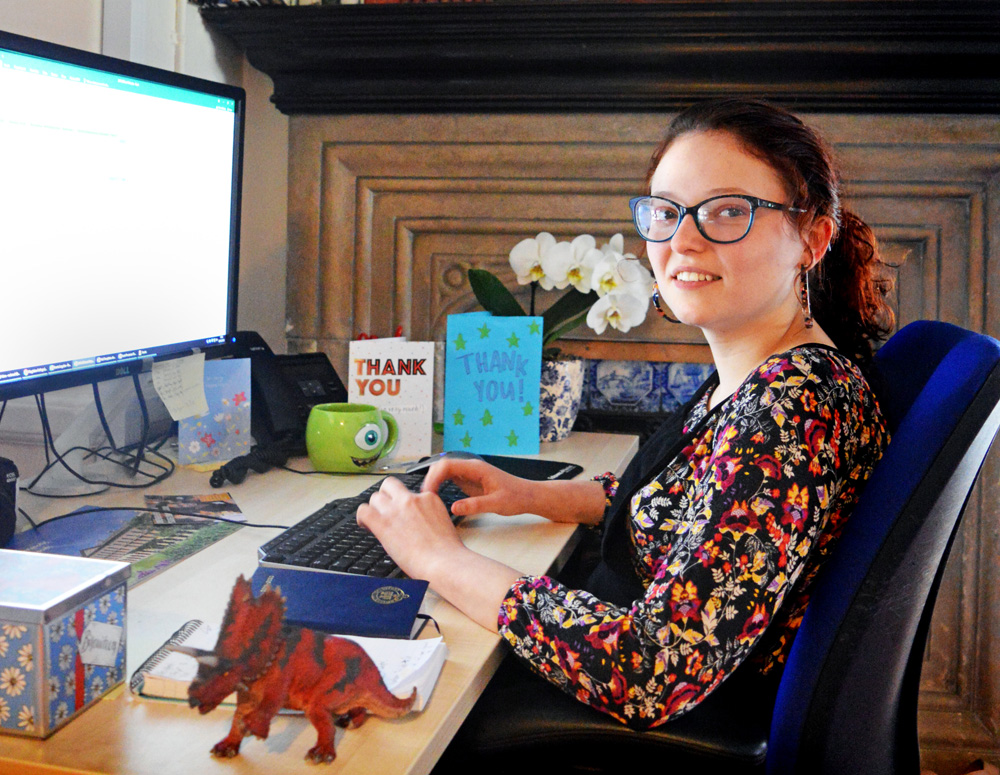 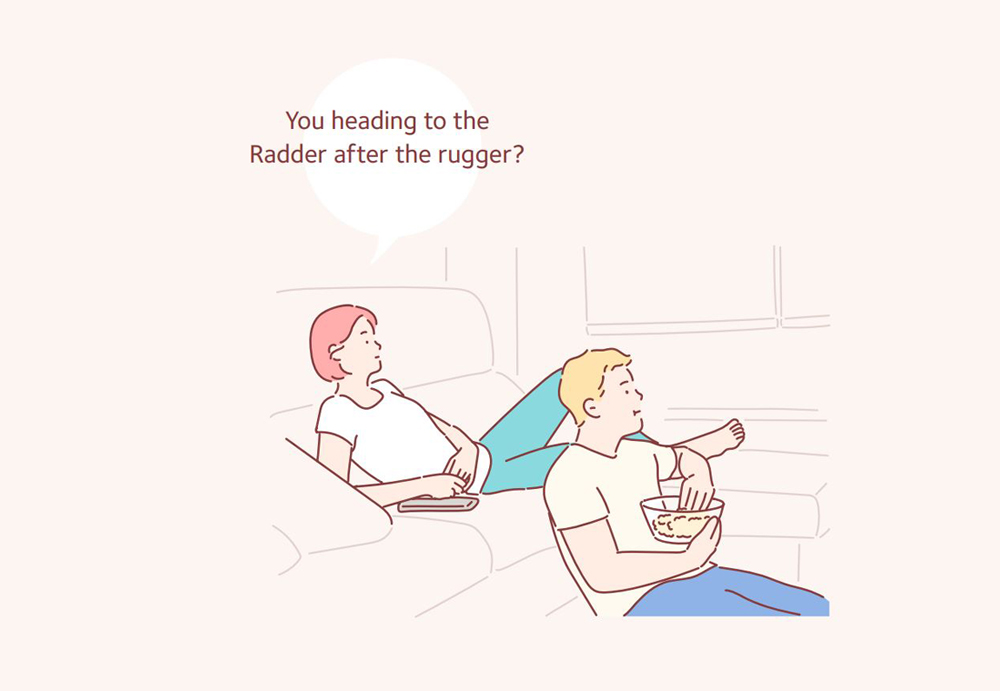