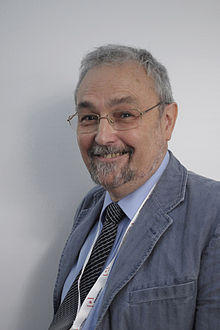 Professor Robin Dunbar, Fellow of Magdalen, has been awarded the Huxley Medal  by the Royal Anthropological Institute for services for anthropology.

The Huxley Medal was instituted in 1900 in memory of Thomas Henry Huxley and is the highest honour at the disposal of the Royal Anthropological Institute. It is awarded annually, by ballot of the Council, to a scientist, British or foreign, distinguished in any field of anthropological research in the widest sense. More information can be found here.