Home » About » News » Martin Bridson elected to the Academia Europaea 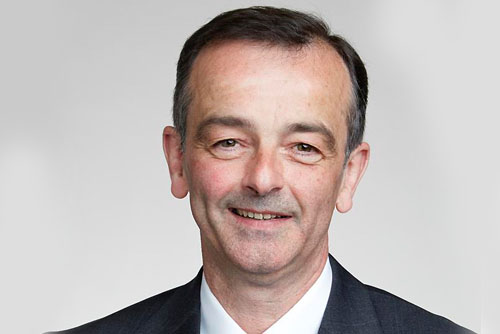 Magdalen Mathematics Fellow Professor Martin Bridson FRS has been elected to the Academia Europaea, the European Academy of Humanities, Letters, and Sciences.

The Academy was founded in 1988 to advance and propagate excellence in scholarship in the Humanities, Law, the economic, social, and political sciences, Mathematics, Medicine, and all branches of natural and technological sciences, for the public benefit.

Invitations are made after peer group nomination, scrutiny, and confirmation as to the scholarship and eminence of the individual in their chosen field. Current membership includes 72 Nobel Laureates.

“I was delighted by my election to the Academia Europaea, whose broad intellectual base and pan-European ethos I admire,” said Professor Bridson. “The list of mathematicians in the Academy is deeply impressive and I am honoured by the unanticipated invitation to join them.

“It is also pleasing to note how many Fellows of Magdalen have been elected before me including Professor Sir Colin Blakemore, Professor Oliver Braddick, Professor Christian Leitmeir, Professor Gero Miesenbock, and Professor Seamus Heaney who was an Honorary Fellow at Magdalen. I am glad to be in such fine company.”

Martin Bridson is the Whitehead Professor of Pure Mathematics at the University of Oxford. He served as head of the Mathematical Institute from 2015 to 2018, and is now the president of the Clay Mathematics Institute. His research interests focus on the interaction of geometry, topology, and group theory.

Martin Bridson was also awarded the Steele Prize for Mathematical Exposition in October 2019.