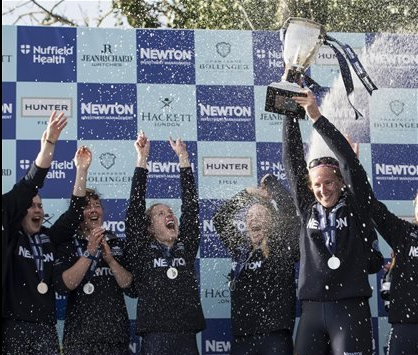 The 2015 Boat Races between Oxford and Cambridge were all won by Oxford. In the Women’s First Boat Maxie Scheske (third year undergraduate at Magdalen in Biological Sciences) was the bow. This was the ‎first time the Women’s Boat Race was held on the Tideway in London.

Hannah Lovell (also a third year undergraduate in Biological Sciences) was in the Women’s Lightweight crew that raced at Henley on 5 April. More information can be found here.