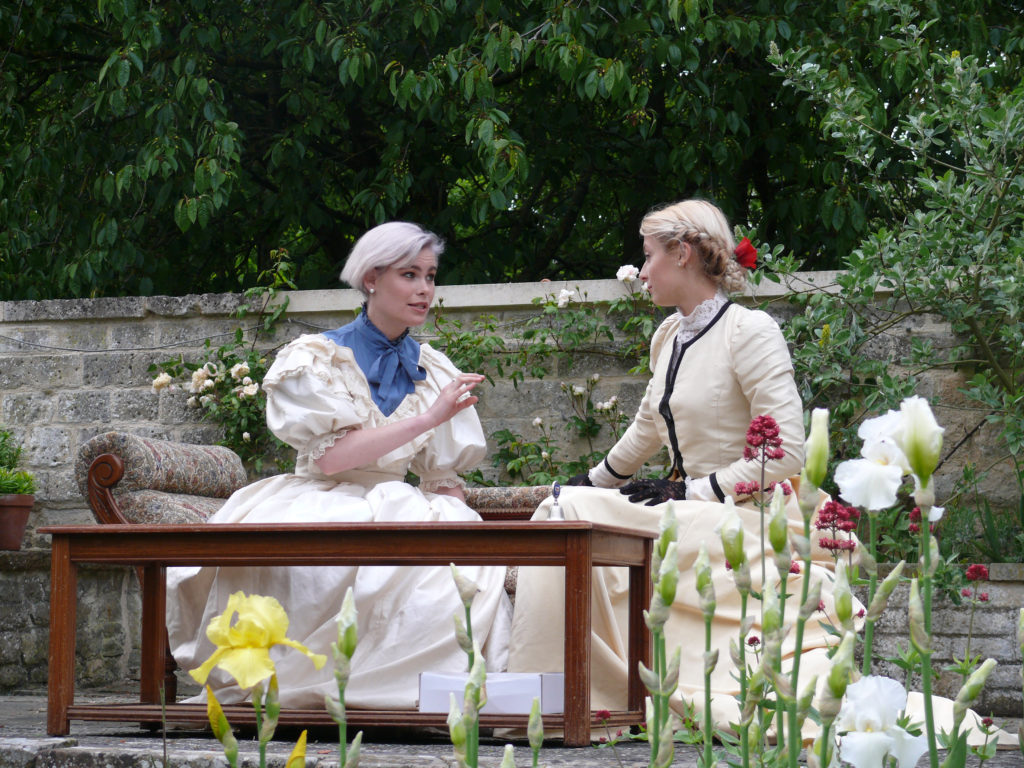 The annual play of the Magdalen Players was held in the President’s Garden in fourth week of Trinity Term. The play was “A Flea in her Ear” by Georges Feydeau. It was directed by Dan Byam Shaw and produced by Alice Rivers. The weather held up well and the play was very well received.

The pictures show dialogues in the play between Magdalen students Chloe Delanney and Emily Ramsden (above), and Cameron Quinn and Adam Dayan (below).