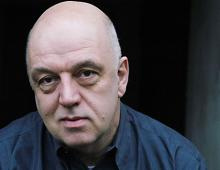 James Fenton, Honorary Fellow of Magdalen, poet and journalist has been awarded the 2015 Pen Pinter Prize.

The Prize is awarded annually to a British writer or a writer resident in Britain of outstanding literary merit who, in the words of Harold Pinter’s Nobel speech, casts an ‘unflinching, unswerving’ gaze upon the world, and shows a ‘fierce intellectual determination … to define the real truth of our lives and our societies’.

More details can be found here