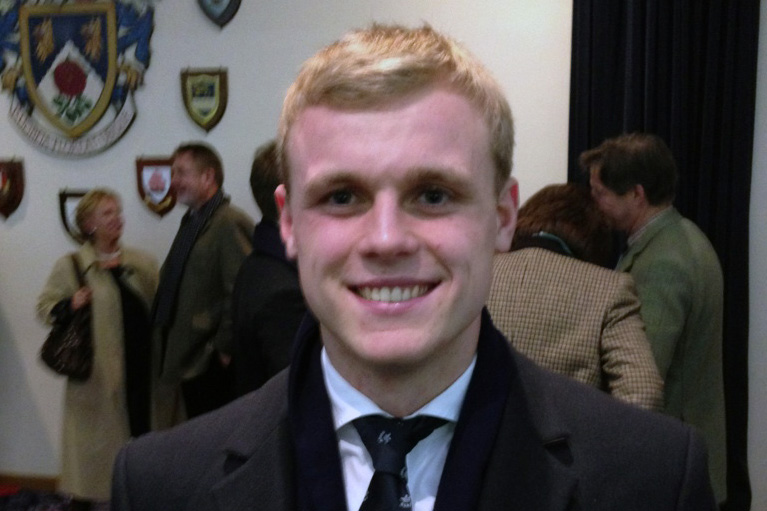 Henry Hughes, a third year undergraduate at Magdalen studying Medical Sciences, played as a wing three-quarter in the Oxford University rugby team which beat Cambridge University 33-15 in the 132nd Varsity Match played at Twickenham on 12 December 2013.  This success follows on from the victory in the same match last year. The picture shows Henry after the match. Further information can be found by following this link