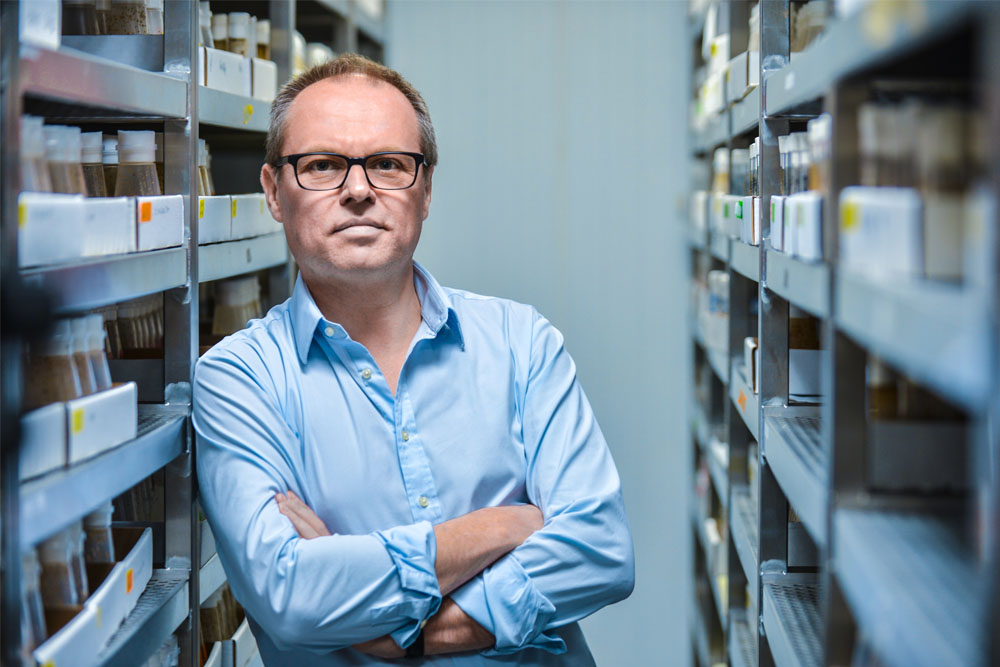 Gero Miesenböck FRS, Waynflete Professor of Physiology, has been awarded the 2020 Shaw Prize in Life Sciences and Medicine for his foundational work on ‘the development of optogenetics, a technology that has revolutionised neuroscience.’

The Shaw Prize is regarded as the preeminent international recognition for scientific achievement among awards originating in Asia.

Gero was named the winner of the prize, along with Peter Hegemann of Humboldt University and Georg Nagel of the University of Würzburg, on May 21 in an announcement by the Hong Kong-based Shaw Prize Foundation. The trio was cited for discoveries that allow specific neural networks in the brain to be remote-controlled, which ‘presage a golden age of exploration of the mysteries of cognition and emotion.’

Three Shaw Prizes are presented to scientists in the fields of life sciences and medicine, mathematics, and astronomy.

The other Shaw Prize recipients for 2020 are mathematicians Alexander Beilinson of the University of Chicago and David Kazhdan of the Hebrew University of Jerusalem, and astrophysicist Roger Blandford of Stanford University.