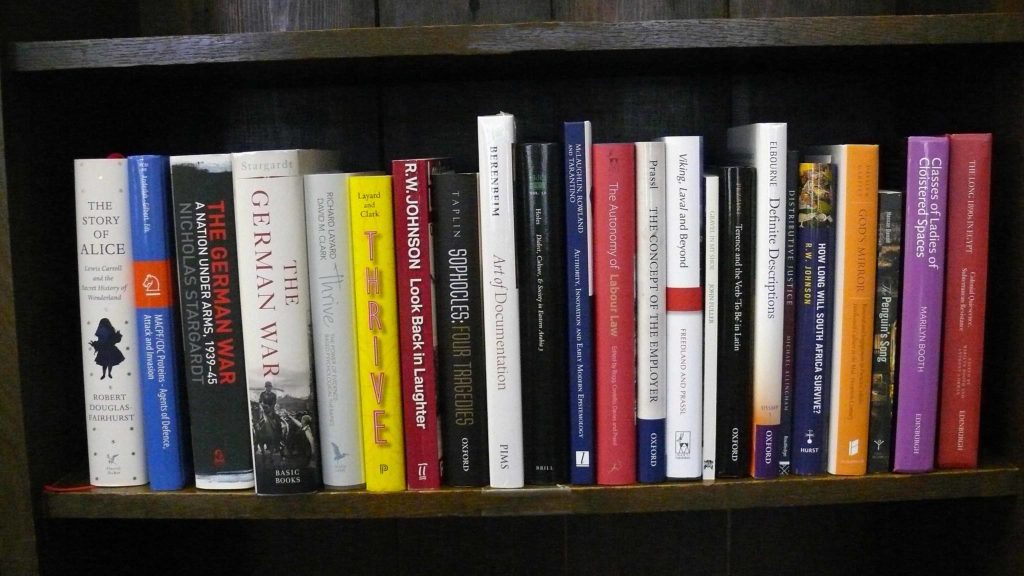 A reception was held on 24 November in the President’s Lodgings to celebrate the books published by Magdalen Fellows in the last two years. The following books were presented:

Prof Giuseppe Pezzini – Terence and the Verb ‘To Be’ in Latin

Prof Jeremias Prassl – The Concept of  the Employer;  EU Law in the Member States: Viking, Laval and Beyond;  The Autonomy of Labour Law