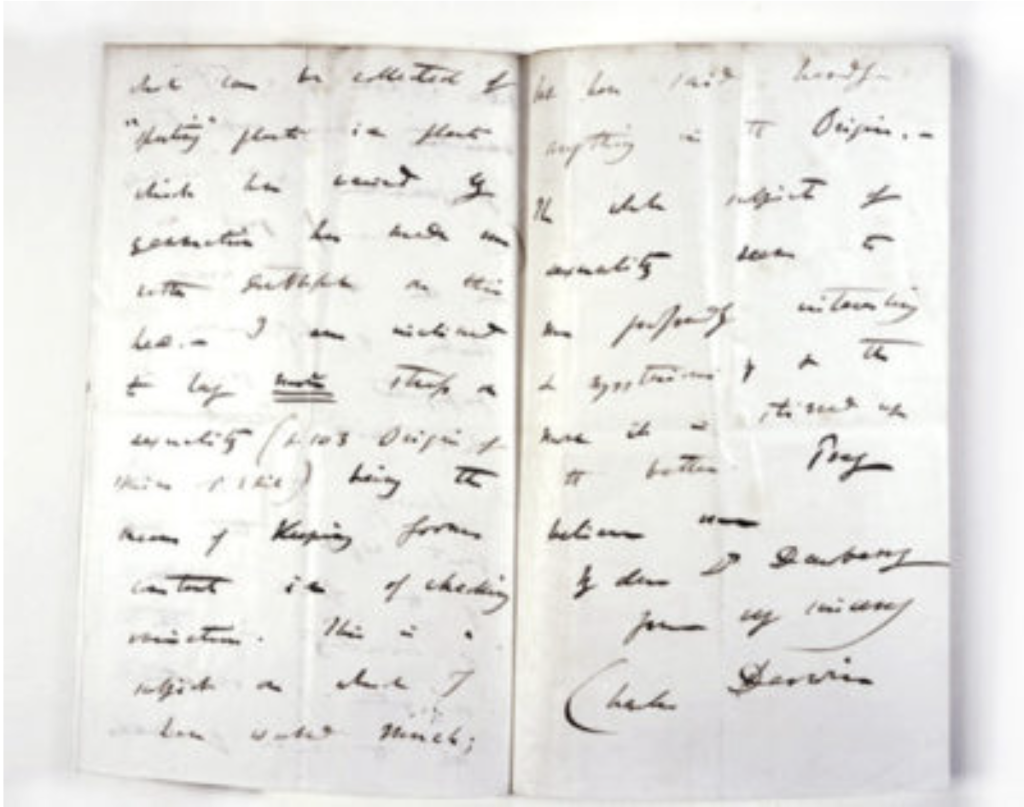 He is perhaps best known for his great efforts to raise the profile of science in Oxford, being responsible for the building of the Daubeny Lecture Room and Laboratory in 1848. He was one of a group that pressed for the establishment of an Honours School in Natural Science in 1849, with Daubeny himself defining the detailed framework of the statute in 1850.

Daubeny corresponded widely with the great and good of his day. The College archives holds 119 of his letters (MC:F26/C1), including items sent from Charles Babbage, Sir John Herschel, Justus von Liebig, Michael Faraday, Sir Robert Peel and William Gladstone. Unfortunately it appears that the rest of his correspondence was destroyed before being given to the College.

An annotated transcript of the whole letter is available at the Darwin Project.

This letter appeared in our Michaelmas Term 2013 exhibition, ‘Magdalen Controversies’, along with the Magdalen Papyrus, a medieval life of Mary Magdalene claiming that she lived in France, and many other interesting items from our collections. Photos are available on our Facebook page here.

Charles Daubeny donated his collection of scientific books and pamphlets to Magdalen College, and they are now known as the Daubeny Library. Whilst it seems likely that Daubeny owned a copy of Darwin’s Origin of the species, it has sadly not survived. Thankfully several of Darwin’s earlier works have, and a list of them is available here.