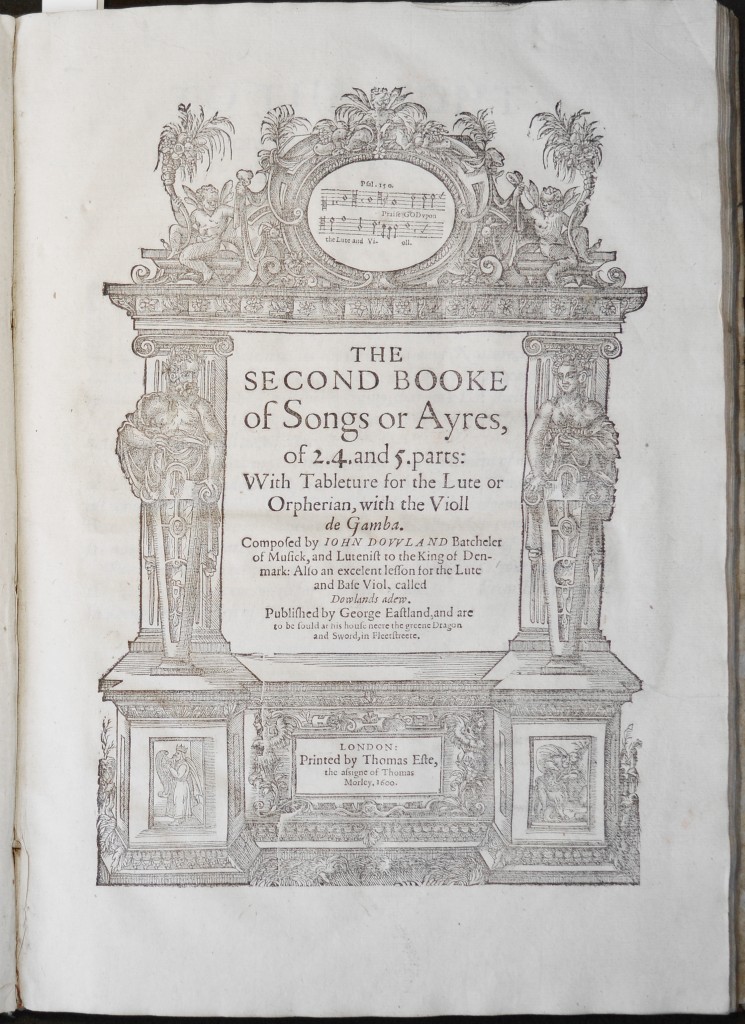 When King James I (1566–1625) brought his Danish Queen Anne (1574–1619) and their son, Prince Henry Frederick (1594–1612) to Magdalen College in 1605, Charles (1587/8–1665) and Edward Somerset were amongst the college members who took part in the entertainments for the royal party. They were younger brothers of Thomas Somerset (1579–c.1650), who had already developed close connections with the young Prince Henry. For three days the royal family was diverted in college with masques, plays—including The Queen’s Arcadia by Samuel Daniel (1562/2–1619), a Magdalen Hall alumnus—and disputations. It is recorded that Charles Somerset debated another Magdalen man, William Seymour, first marquess of Hertford and second duke of Somerset (1587–1660), in one of these disputations, and his name was on a Latin poem presented to the King. A year later more Latin verses by the Somerset brothers were presented to Queen Anne’s brother, Christian IV of Denmark, when he visited Oxford.

Charles married the wealthy heiress Elizabeth Powell in 1609 and in 1610 was made a knight of the Bath when Prince Henry was invested as Prince of Wales. Soon after, he set out on a Grand Tour through France, Austria, Germany, and Italy. A 1622 inventory of his music books stored at his father’s house in the Strand, London, suggests that he collected musical books during his travels in Italy, as well as in England: his music library was filled with contemporary English and Italian secular and religious music, including Orlando Gibbons (1583–1625), William Byrd (1543–1623), Claudio Monteverdi (1567–1643), and Benedetto Pallavicino (1551–1640).

Somerset also collected musical instruments and the 1622 list has a note that, in addition to the books, there is “One greate Chest of viols with eleven viols & bowes in it; whereas one is a double base viol; standing in the same room”. One of Somerset’s bass viols, decorated with leaves and knots and his coat of arms, is now in the Ashmolean Museum collection.

Meanwhile, another player in our story, John Dowland (1563?–1626), was making his musical reputation on the Continent and in England as a composer and lutenist. Born in England or Ireland, he spent part of his early career in Paris in the service of an unidentified English nobleman or gentleman, returning to England in the late 1580s. After he was rejected for a post as one of the Queen’s lutenists, he set out to travel on the continent visiting musically inclined courts and cities that must have influenced his own music-making. He finally became a royal lutenist when he was appointed to the Danish court of Christian IV in 1598. He held that post until 1606, but managed to find his way back to England on numerous occasions during that time. He published little after this, but in 1612 he at last achieved his goal of becoming one of the official lutenists in the English court; he was also granted a doctorate some time before 1620. Dowland’s last documented performance was for King James’s funeral in 1625. He died not long after this, and was buried in London 20 February 1626.

Although a number of his lute compositions had already appeared in print, Dowland’s name was made with the publication of his First Booke of Songs or Ayres of Foure Partes with Tableture for the Lute in 1600. It went through four editions between 1600 and 1604. By the time the Somerset brothers were entertaining James I and family, Dowland had already published two more Bookes of Songs or Ayres and, in 1604, Lachrimae or Seaven Teares Figured in Seaven Passionate Pavans, with Diverse Other Pavans, Galiards and Almands, Set Forth for the Lute, Viols, or Violons in Five Parts. His publishers included Peter Short (d. 1603), best known for printing early Shakespeare and publishing Thomas Morley’s Plaine and Easie Introduction to Practicall Musicke (1597)—the copy owned and annotated by Thomas Tomkins (1572 –1656) and presented by E.H.W. Meyerstein (1889–1952) is another musical treasure in the Magdalen collection. By 1605, Dowland had made himself the most popular musician in England.

Last year the College was able to purchase a copy of one of Sir Charles Somerset’s books, thanks to a large grant from the Breslauer Foundation, and supporting grants from The Friends of the National Libraries, the Mark Loveday Charitable Trust, and the Scott-Wesley Bequest.

The volume contains all of John Dowland’s major works: the three books of songs, as well as the Lachrimae. Somerset probably acquired the four pieces separately, and then instructed his binder to gather the four together into one flexible binding. Flexibility was important, for the book needed to lie flat when open, so that the musicians standing or sitting around a table could read the music. Binding four thin books into one was typical of how music collectors stored their books (and indeed it is how many other collectors of small books and pamphlets protected theirs). Again, the 1622 list is helpful, for it describes the bindings of Somerset’s books, including one similar to the Dowland: “Item, six bokes more in folio bound in read leather guilt, with greene strings, and edged with greene speckled”. Like the volume in the inventory, it is bound in reddish-brown leather; the remains of green silk ties are still present, and the fore-edges are sprinkled green.

This volume is not recorded in the 1622 list of Somerset books, but that is unsurprising, since only part of his library is listed there. The first confirmed sighting of the book since Somerset’s time was in the collection of the antiquary H.L. Bradfer-Lawrence (1887–1965), when it was bought by Quaritch in 1980. It was subsequently purchased for the Ueno Gakuen University, Tokyo, which specializes in music, and then was offered to Magdalen College.

Lachrimae has recently been recorded by Phantasm, Magdalen’s former consort-in-residence, under the direction of Emeritus Fellow Laurence Dreyfus, together with Elizabeth Kenny, lute. The recording will be issued in the summer of 2016 on Linn Records (CKD 527). Click below to listen to Phantasm’s recording of The Earle of Essex Galliard.