Home » From Jewish Refugee to Senior Dean: The Life of Karl Leyser

From Jewish Refugee to Senior Dean: The Life of Karl Leyser 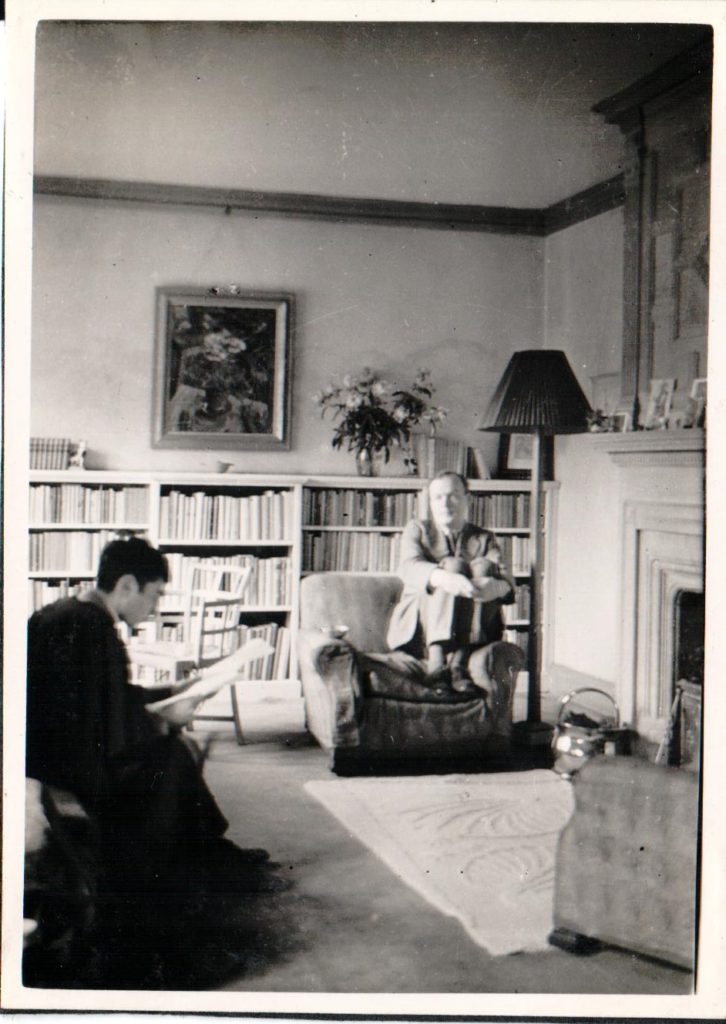 For those of us in College, many will have heard the name McFarlane. A famous Magdalen fellow in History, K.B. McFarlane (1903–1966) bequeathed his book collection to the College, which is now housed in the McFarlane Library in Cloisters. This is a familiar place to researchers, who continue to draw on the rich collection, and to students, who often sit collections there. And it is also, coincidentally, where bi-weekly sessions of the University’s Holocaust Studies Reading Group are held.

This is the story of one of McFarlane’s closest pupils: a young German Jewish refugee who first came to Magdalen in 1939 and returned in 1948 as a Tutorial Fellow, going on to become Dean.

Karl Joseph Leyser was born on 24 October 1920 in the German city of Dusseldorf. His father was a manufacturer of belts and braces and owned a factory that exported to Holland and Belgium. In the first six years after Hitler came to power in 1933, over 400 anti-Jewish decrees and regulations restricted all aspects of their public and private lives. In a process known as ‘Aryanisation’, Jewish workers and managers were sacked from their jobs and Jewish-owned companies were transferred to non-Jewish Germans. The Leyser family fell victim to these laws in 1937, when one of their employees denounced them as being Jewish. With no way of earning a living, Karl’s parents fled to Holland while he and his sister came to the UK as child refugees. In Germany, the family was declared stateless and their property seized.

Karl spent his first few years in the UK at St Paul’s School in London, supported by family relations and various voluntary agencies that helped refugees. Karl’s studies progressed well, especially in History in which he excelled, and he came up to Magdalen in 1939 as a Demy in History. At Magdalen, Karl took tutorials with McFarlane, and they got on very well together. In a timeless image that will be familiar to any Oxford student, the two of them are pictured in a tutorial, McFarlane seated in his armchair while Karl reads out his essay.

Karl threw himself into life at Magdalen, whether it was exploring the New Building roof with fellow students Rae Britten and Vivian Lipman or performing in a production of the College’s Drama Society at the end of his first term in December 1939. But it was not to last. After barely a year at Magdalen, Karl was interned as an ‘enemy alien’ in 1940. During the war, German and Austrian citizens across the UK were interned by the British government for fears of espionage and sabotage. Many of them were refugees like Leyser who had as much – if not greater – cause to support the allies than British citizens.

In his brief period of internment, Leyser was sent letters, books and food from McFarlane. In their letters, Leyser lamented being separated from the College, and McFarlane did all he could to support him. The image of a fellow packaging up books from the College library to send to a student held behind barbed wire is an odd one, but one that shows the pervasive impact of the Second World War.

After being released from internment, Leyser joined the army and spent the rest of the war training. In the closing months of the war, he saw action in Northern Europe. When he could, he drove to Edam, near Amsterdam, where he had last heard his parents were living in hiding. Amazingly, a local recognized a family resemblance, and they were soon reunited. After the war, Leyser returned to Magdalen where he  became a History fellow, and later senior dean.

Leyser’s history is varied and long – stretching from a child refugee, to an internee, to a wartime soldier, to a history fellow. As we come together to mark Holocaust Memorial Day this year, Leyser’s story is a powerful reminder that histories of the Holocaust relate directly to our local surroundings. Although the mass murder of the Jews during the Second World War did not take place here, its impact can be intensely local. Karl Leyser, as a young refugee – not knowing where his parents were, if they were even alive – walked these same cloisters, quads, and rooms. He was – and is – a part of our College family, and so is his story.

Note: Holocaust Memorial Day (HMD) is 27 January, the anniversary of the liberation of the largest Nazi death camp, Auschwitz-Birkenau, in 1945. On this day, we remember the six million Jews who were murdered during the Holocaust, and the millions of people killed in Nazi persecution of other groups and in subsequent genocides in Cambodia, Rwanda, Bosnia, and Darfur. HMD is an opportunity to learn about the experiences of those who have suffered persecution and genocide and to stand against hatred and prejudice today. For HMD 2022, Magdalen College tower will join 80 landmarks across the country to light up purple at 8pm on 27 January as part of a national moment of commemoration.