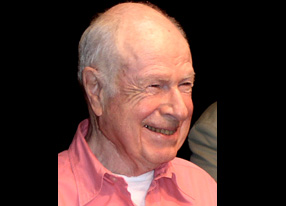 The College is very sad to announce the death of theatre and film director Peter Stephen Paul Brook (1942), who died at the age of 97 on Saturday.

Peter studied Modern Languages at Magdalen and was later made an Honorary Fellow of the College.

He won multiple awards for his work, including Tonys, Emmys, and a Laurence Olivier Award. He was also awarded a Praemium Imperiale, a Prix Italia, the Padma Shri, and was made a CBE in 1965 and a Companion of Honour in 1998.

Peter was a hugely influential figure who was often referred to as ‘our greatest living theatre director’.

Our thoughts and condolences are with his family.

Peter’s remarkable life and work has been remembered by many of the national, and international, newspapers, including: